Dr. Quincy Clark joins the Department of Agricultural Education and Agricultural Sciences as an Assistant Professor

“Dr. Clark brings an amazing blend of curricular knowledge, a passion for students, and exceptional research ability.  In our department she will focus on exploring research related to STEM education and we are blessed to welcome her to our team. Her research explores agricultural and STEM learning technologies with a focus on mathematical modeling using agricultural contexts.  She been involved in several successful grants including her work with the NSF INCLUDES Aspire Alliance’s National Change Initiative. We can't wait to see the positive impact she will bring to our students and college." said department head, Jonathan Velez.

At Oregon State, Dr. Clark’s RAD lab will focus on increasing the Retention, Attraction, and Diversity of students in STEM, including agricultural sciences. Leveraging her contributions to date, she plans to develop STEM education methods with equitable and inclusive practices. 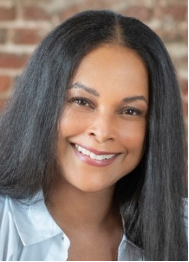 Department Chair Dr. Velez says, "Dr. Stone is a highly talented faculty member whose research explores underrepresented populations, art-based communication perspectives, mental health, and framing of agricultural issues. We are extremely excited to begin a program in Agricultural Sciences & Natural Resources Communications program and look forward to Dr. Stone leading that effort. We are grateful for the leadership in the College of Agricultural Sciences who recognized and supported the growth of this valuable program."

Rodney Vance Frakes of Corvallis, Oregon died at his home on Friday, October 14, 2020. He was 92. He was born in Ontario, Oregon on July 20, 1930 to Wylie and Pearl (Richardson) Frakes. He married Ruby Louise Morey of Greeley, Colorado, in November of 1952. After serving as a Radioman in the US Coast Guard, he received his BS and MS degrees from OSU and his PHD from Purdue University. He had a rewarding career at Oregon State University in teaching, research and administration.

A tall fescue breeding project was initiated at Oregon State College in 1949 with Ritchie Cowan as its leader. When Cowan became Crop Science department head in 1959, Rod Frakes was hired to assume leadership of that program. His program was not restricted to tall fescue, and breeding of other grass and legume species was carried out. Considerable work was done on birdsfoot trefoil, orchardgrass, bentgrass, alfalfa, and others. As a result of that project, Fawn tall fescue, an 8-clone synthetic that was superior to Alta in both seed and forage production, was developed and was released in 1964. Fortune tall fescue, a short turf-type, was released in 1968. Checker chewings fescue, Lucky Ladino clover, and Cascade chewings fescue were released in 1974. Frakes continued that work until 1981 when he moved into administration and the forage breeding project was discontinued by then CS department head Dale Moss. Frakes worked in the OSU research office until his retirement in 1989. Rod chaired the committee that planned and oversaw the construction of the new Crop Science Building. He never had the chance to move in.

The Rod Frakes Scholarship Endowment Fund was established in 1997 by a former student and his wife, in honor of Rod. In July 2007, the scholarship fund was renamed to be the Rod and Ruby Frakes Scholarship Endowment Fund. The scholarship is intended to benefit undergraduate and graduate students in the OSU Crop and Soil Science Department with preference to students having financial need, especially those who are dependents of rural Oregon residents. If you are interested in honoring Rod, a donation to this endowment would seem appropriate - Write Rod & Ruby Frakes Scholarship Endowment as fund designation. The Frakes have been generous donors to a number of Corvallis non-profits – Grace Center, Lumina Hospice, Corvallis School District, Greenbelt Land Trust to name a few.

Rod survived by his wife, and two children, Laura Ann Dooley of Dallas, Texas; Cody Joe Frakes of Corvallis; three grand children and six great grand children. He was preceded in death by three sisters, Inez, Hesper and Willa; and two brothers, Maurice and Loye. A celebration of life for Rod Frakes is planned for Nov. 12th at the First Presbyterian church in Dennis hall at 2 o'clock in the afternoon. Private internment was at the Corvallis Odd Fellows Cemetery.

Another of those who built the foundation for OSU Crop and Soil Science has passed. 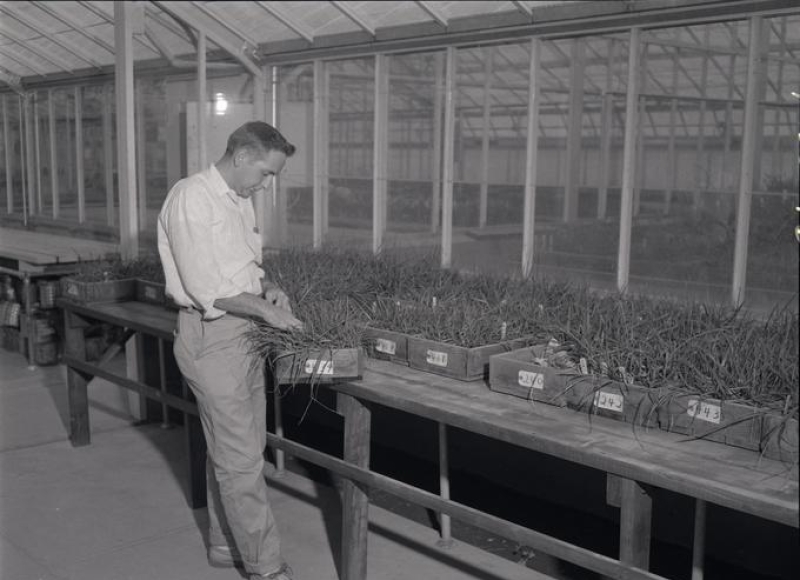 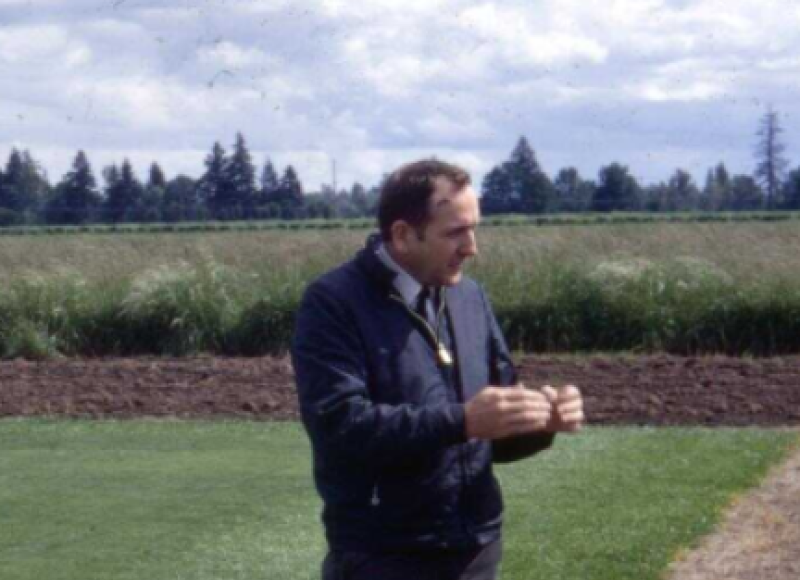 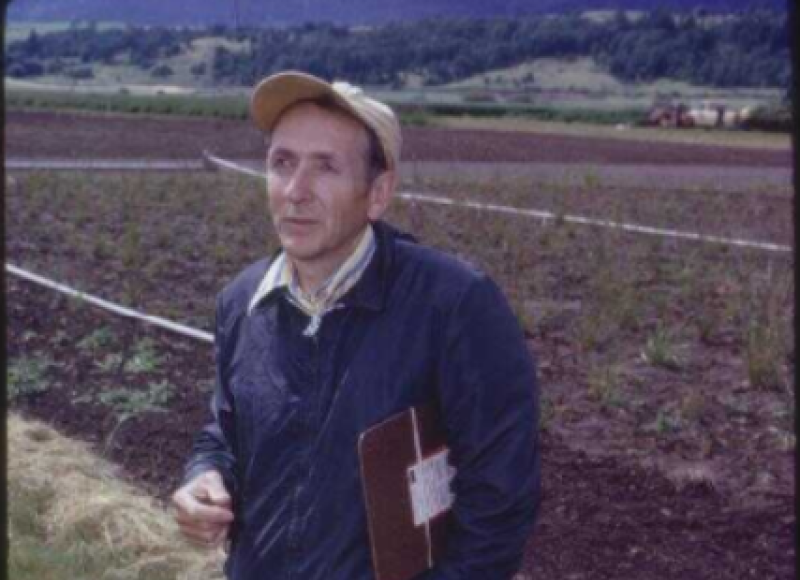 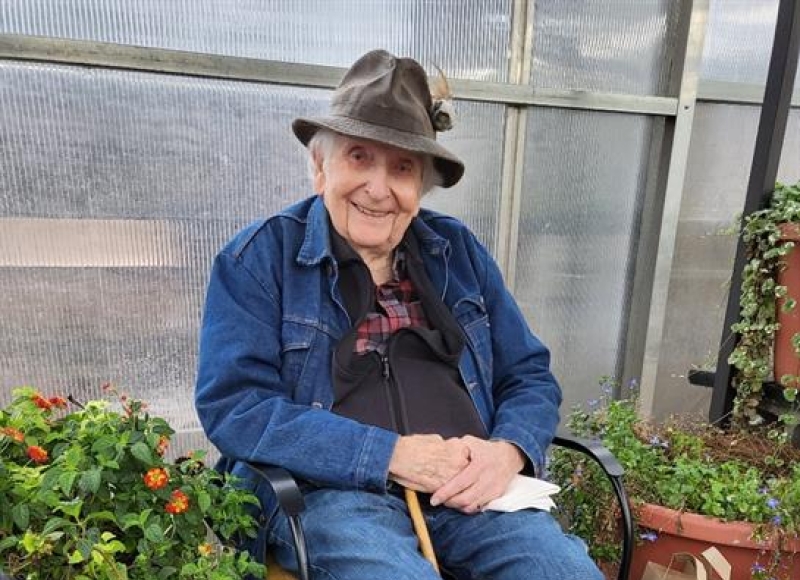 111 years of SOREC’s existence in the Southern Oregon Community.

We had a fabulous 111 Year Celebration on Monday  October 17, 2022! Community leaders, faculty, staff, volunteers, OSU Dean of the College of Agricultural Sciences Staci Simonich, OSU Associate Dean for Research of the College of Agricultural Sciences Shawn Donkin, and OSU Associate Dean of Extension Sam Angima joined us in celebrating the myriad of ways we have served and continue to serve the Southern Oregon Community. 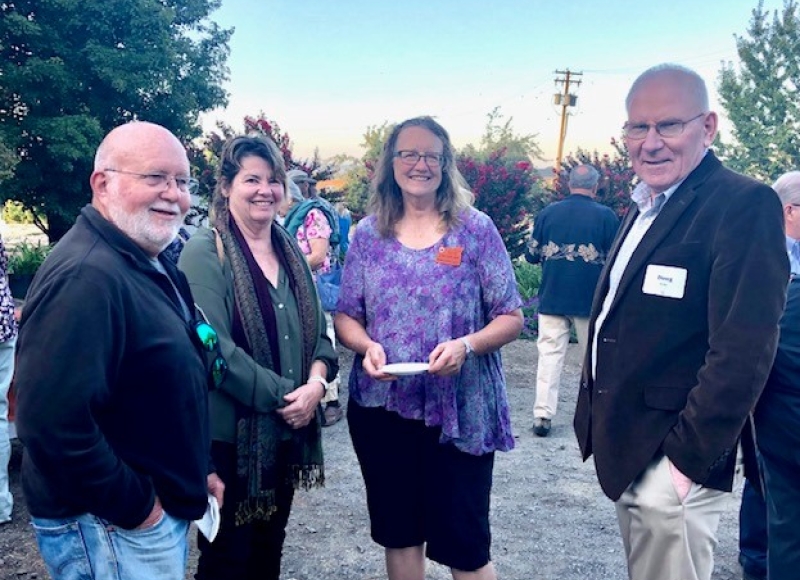 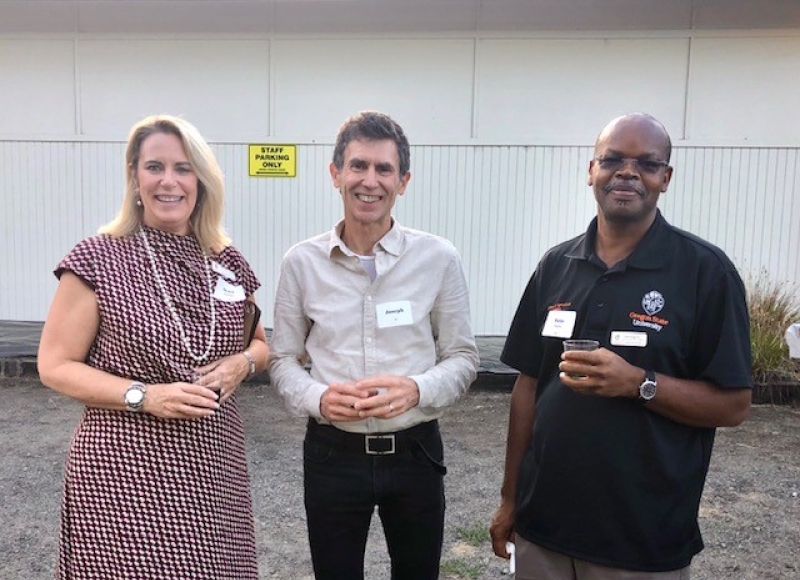 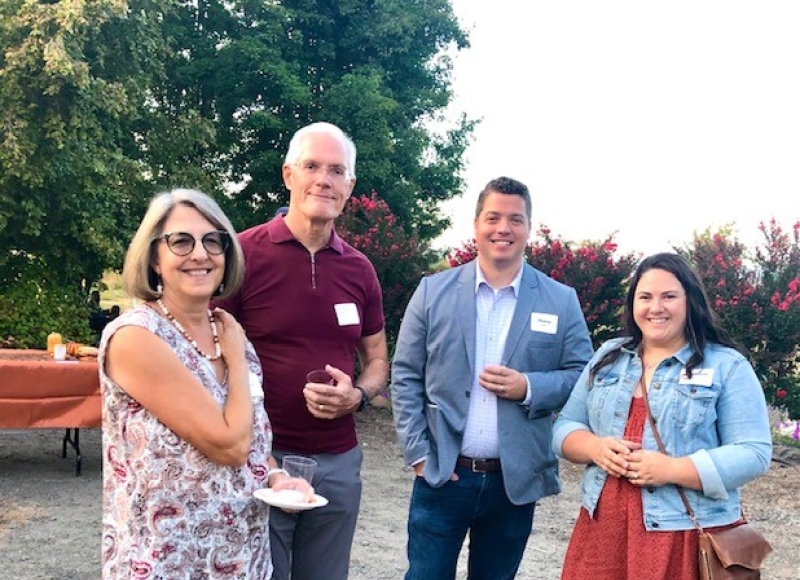 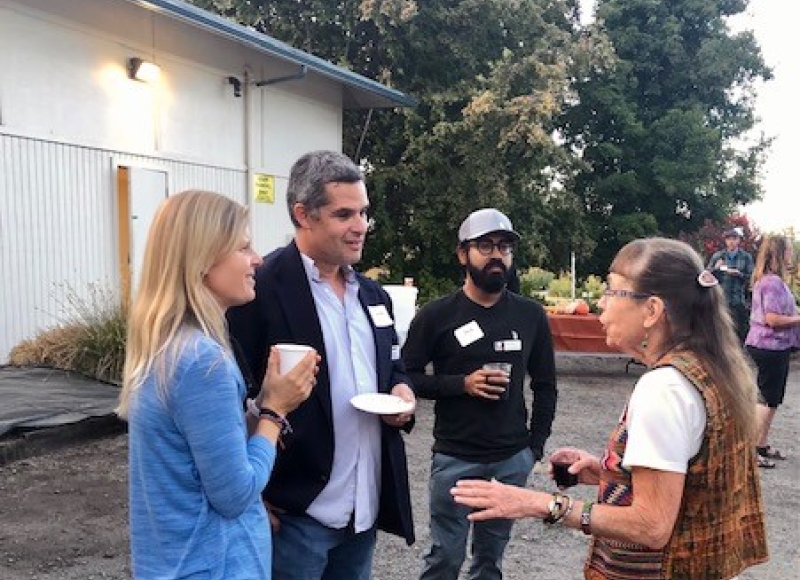 The 2022-2023 Agricultural Education teacher candidates have been actively teaching and learning this fall term. The Agricultural Education teacher licensure program is a accelerated, one-year graduate program in the College of Agricultural Sciences, culminating in a Master of Science degree and Oregon teaching license, with endorsements to teach agricultural science. Candidates in the program spend 15 weeks in an on-site student teaching internship, and complete fall and spring term coursework focused on the principles of effective teaching and learning in formal and non-formal settings. Most of the candidates become secondary agriculture teachers, but some go into Extension or find other career options related to agricultural education, leadership, or communications. Within the Agricultural Education program, we practice teaching and learning in varied settings and utilizing numerous strategies that involve constructing knowledge (learning) individually as well as socially, while acknowledging and appreciating diversity among learners. Varied perspectives and understanding of content create rich cultures within our classrooms, which we establish as supportive learning environments for learners of all ages. 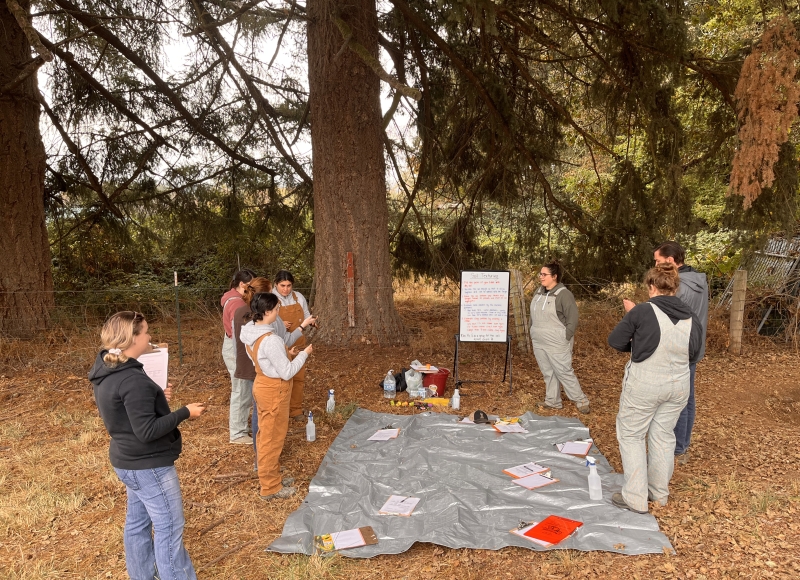 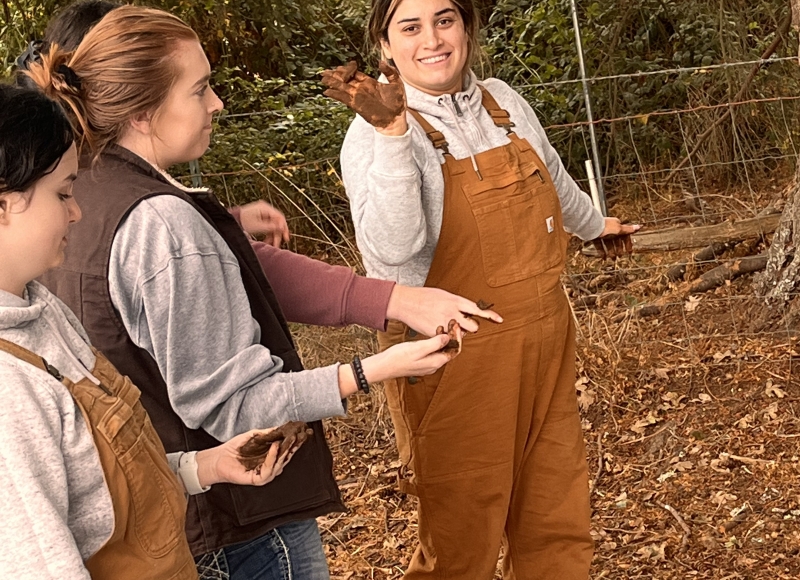 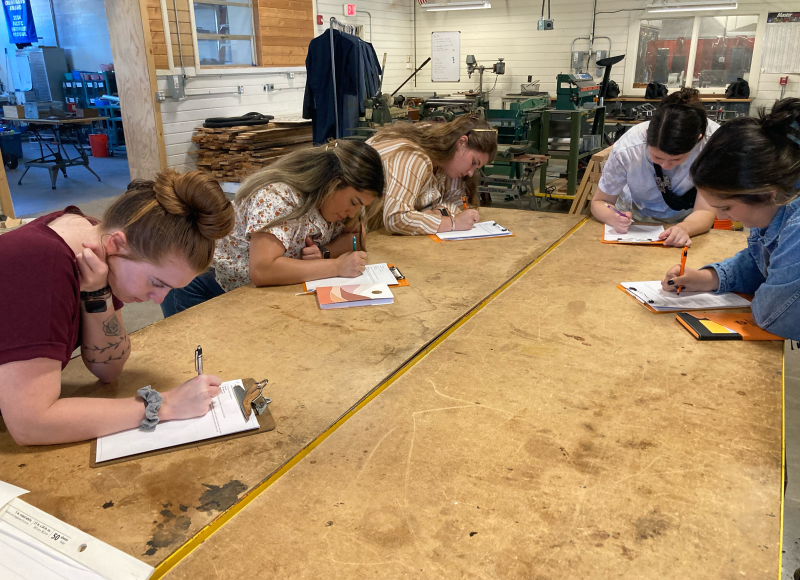 AG 200: Orientation to the Agricultural Sciences

The AG 200: Orientation to the Agricultural Sciences class visited the Basic Needs Center on campus. They were given a tour, learned about the ways in which the center supports students' needs for food, housing, textbooks and other expenses associated with college life, and the center served the students donuts. Most students had not heard of the BNC, and several signed up to volunteer after learning about the important work of the BNC.

This class is mostly first year and first-term transfer students in the AG major.

The College of Agricultural Sciences at Oregon State University is Oregon's principal source of knowledge relating to agricultural and food systems, and a major source of knowledge regarding environmental quality, natural resources, life sciences, and rural economies and communities worldwide. The College provides undergraduate and graduate education leading to baccalaureate and graduate degrees, and extended education programs throughout Oregon and beyond. Its research programs create knowledge to solve problems and to build a knowledge base for the future. It is a source of information and expertise in integrating and applying knowledge with benefits that are felt in domestic and international settings.